Nearly 200 died, over 6,500 were injured, and about 300,000 thousand people lost their homes in this catastrophic incident. All because no one thought that it could be unsafe to not only put 2,750 tons of ammonium nitrate near the city but to carry out welding work near it.

The phones were not working properly. Everyone was worried about the wellbeing of his loved ones. So many people were trying to reach their friends and families that it caused congestion of telecommunications. It took me several tries on different communication modes before I was able to connect to my family.

These circumstances weren’t caused by war or a natural disaster, but a so-called ‘technical error’ of man, as stated by Hezbollah’s media office. One wouldn’t wish this state of panic on his worst enemy, but entire Lebanon had to go through this no more than three months ago in the Beirut explosion.

According to stats of Reuters, nearly 200 died, over 6,500 were injured, and about 300,000 thousand people lost their homes in this catastrophic incident. All because no one thought that it could be unsafe to not only put 2,750 tons of ammonium nitrate near the city but to carry out welding work near it. 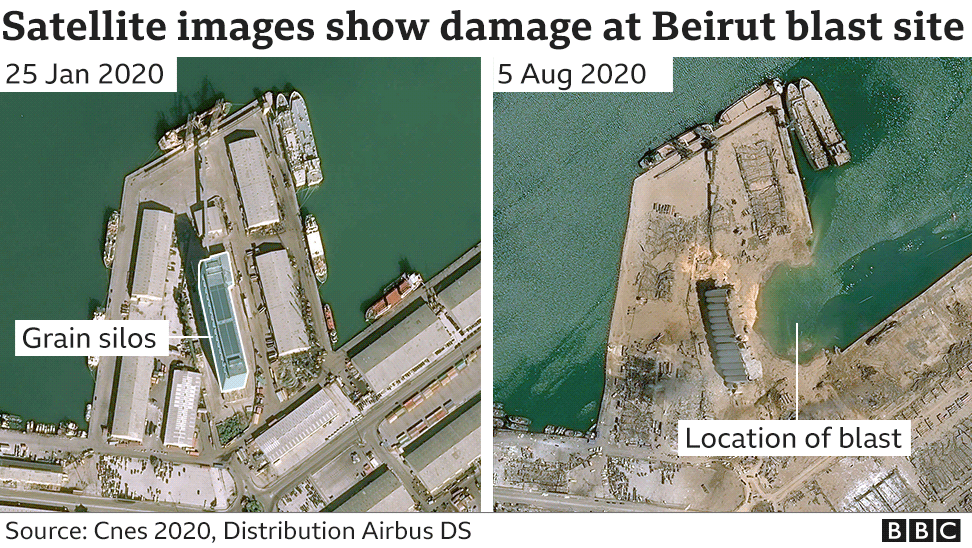 The massive explosion left everyone in the 150 miles radius scared about what just happened and what will happen next.

I live in an area close to the sea called Ramlet el Bayda and my first thought was that it’s a big earthquake. That area is far enough from the explosion that it didn’t take any direct damage, yet near enough to feel the entire building shaking and hear heavy things breaking in neighboring apartments. I realize that it was some kind of an explosion when I looked outside my window and saw pink smoke in the air. 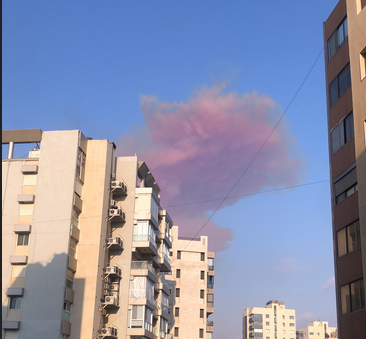 The explosion was so powerful that everyone in the city thought that the explosion happened right outside their own homes.

No one could have imagined at that time that this explosion was felt by the entire nation and even some neighboring countries such as Cyprus. People in Cyprus not only heard the explosion but had glasses broken in their homes and office buildings.

People are still uncertain as to what happened exactly. Some are blaming the government for its negligence on this incident, while others are saying it’s definitely NOT an accident.

One thing that the majority of the population agrees on is that leaving that amount of ammonium in the midst of the city is, without a doubt, negligence on behalf of the government and that the government, if not entirely, is at least partially to blame for this catastrophe. 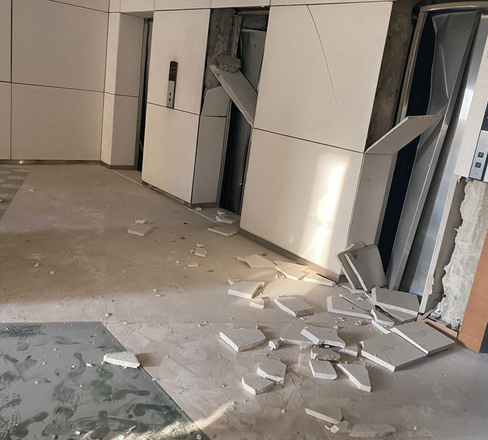 The government, already under a lot of hatred, does not seem to be doing much to help the Lebanese citizens and is rather busy playing the blame game with other political parties. Everyone I talk to is bewildered and furious at the government’s reaction as well as part in this tragedy.

I had to leave Lebanon for a few weeks as I could no longer stand the negativity, depression, and anxiety that the country has been causing me, which has only further intensified. People are still clearing rubbles to find missing people even several weeks after the explosion. Food shortages and hyperinflation are only adding to the catastrophe.

On one side, we see a spike in COVID-19 cases and, on the other, people are struggling to rebuild their homes and businesses. They are dealing with all that amidst a shortage of raw material and a hyper-inflated economy where the US currency is in steep demand, but banks are not allowing people to withdraw their dollars. Protests have been ongoing since the explosion, with no major results yielded so far. Even now, three months after the incident, things have not gone back to normal.

In my opinion, things are only going to get more difficult for the Lebanese population over the coming decade unless a miracle happens and we somehow find a shortcut out of our multiple catastrophes, which include damages from the explosion that annihilated most of a major city, the collapse of the Lebanese Lira, and the propagation of COVID-19 all the while fighting significant spike in poverty, unemployment, and corruption.

The Beirut explosion is not something that couldn’t have been avoided. It would instead take effort and planning to blow up thousands of tons of chemicals. Ammonium nitrate is commonly used as an agricultural fertilizer, but also known for its destructive abilities.

Combined with fuel oils, it becomes an explosive and is used in bombs. On top of that, it’s not the first incident of its scope. A similar tragedy happened back in 1947 in Texas, United States, when a ship carrying 2,300 tons of ammonium nitrate exploded at the port. Nearly 600 people died that day and around 4,000 were injured.